Why do we need Android apps?

We basically need them for several devices:

How do we approach Android Apps Development? 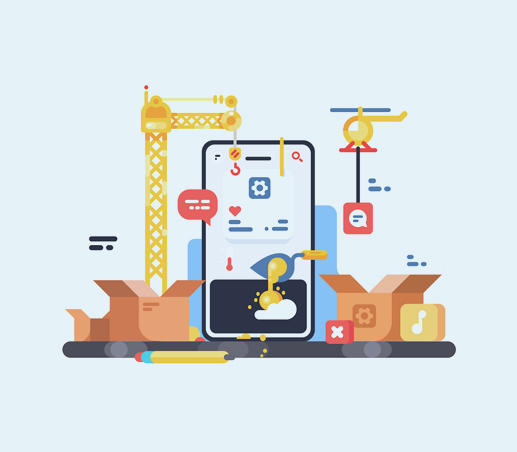 In order to cope up with competition, our developers basically use latest technology for designing of Android Applications.

Basically, they start with analyzing the requirement for its development, then providing the best technology solution for its manufacturing, followed by effective testing and maintenance goals.

Various steps for the android development

An idea to be developed as an APP needs a keen eye to the client’s requirement for the appropriate app development in this current competitive scenario. A good idea leads to a good success.

A good beautiful user-friendly User-Interface Design is needed to make your App stand out in the market and paves the way for the first step in its creation.

In order to build a powerful app, a good architecture is needed. Hence we should consult our technical experts regarding the defining and use of MVC modules, Networkings, Layering of UI and make the Frameworks accordingly.

There is a need of good coding for a powerful app development. It should have a sleek methodology of effective coding with timely delivery and effective feedbacks from the clients during the Android development process.

An effective testing of apps leads to its creation as bug-free. Thereby makes it a POWERFUL APP. We can perform unit testing, usability testing and then the functional testing of the apps so created on various android devices.

After initial release of App, One needs a good maintenance of it. Hence we provide various services in this including post launch support, app maintenance and even later stage testing if needed.